Posted on November 9, 2010 by randomyriad 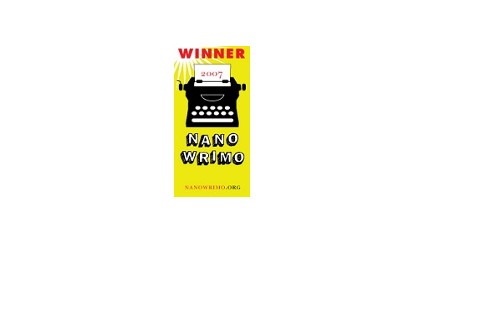 After Larry left Emmylou led them all into the kitchen and started to prepare dinner for everyone. She started with tea for Random. As he drank his tea he told them about the dreams he had and the things that had happened, about Steve and Lin Chen, and coming to the farm the first time, and Karen Masterson and Lucille, the file of pictures and stories. Essie chimed in about her experiences growing up in the little provincial village on the Orinoco, the tales of the Talagi, and Tegethnot. Jered told of his experience with the Talagi and why he brought Essie to the US. Finally it was Essie’s turn to tell what made her leave early Thursday morning. As she spoke, Essie looked at Random as if she could not bear to look away from him for fear that he would not be there. He smiled easily at her as if all the weirdness and chaos of the last few days were far away, and only her face and voice mattered.

“I woke up from a dream. A black bird flying over a farm and horses running like feesh in a stream and eet all made no sense. Then I was een a red room with beeg turtle in a pool who told me I had to find a farm that was a school. Den I woke up and remembered when we had passed the road and driven to the gate that first year we were together. Remember, there was no sign just a locked gate.”

Random nodded at the last bit.

“That was before I started selling my things to Felton. I was still working in town and renting out more of the place,” Emmylou explained, “but I gave Random my phone number when I ran into him in San Francisco.”

“I am sorry about that, but I was a bit preoccupied by Essie’s situation at the time.”

“Well, anyway I remembered the highway and a tiny town close but not de name, but I could not take de car to get there. I had to do eet on my own. Weeth my own things.”

She decided to take a greyhound. She found an ATM and took out 200 out of her savings. And called a taxi. By this time it was getting light and she was exhausted. She went to the bus station and bought a ticket for Santa Cruz and figured the bus would go on Highway 9, but it took a different road so she ended up in Santa Cruz.

She had to get a cheap motel room and sleep for a while. She woke up Friday evening and went out to rent a car in Santa Cruz but it cost too much. So she decided to hitchhike. She got a ride up to Felton and arrived there at 10:00 at night, and the woman who picked her up was kind enough to let her sleep on her couch until morning.

“She said she could take me to Weston in the evening and she deed. And that ees when I met Maddie when I see sumteen in the dark like two eyes of a wolf.”

“I saw that too!” Emmylou broke in, “That very same night two nights ago. And I dreamed of horses like fishes too! This is all very hard to believe.”

“This is obviously something we will never fully understand, but I think we all have to stay here tonight and see what happens,” Random said.

“Did you say everyone in this house?” Emmylou looked uncertain and not pleased.

“I promise we weel be gone by tomorrow.” Essie reassured her.

“Well we’ll have to be creative. I have 3 beds upstairs and a couch.”

“Essie and I can take one bed,” Random said.

“The devil will take the couch,” said Jered.

“That leaves a bed for Maddie upstairs,” finished Essie.

“I don’t know Debbie’ll have a conniption if I don’t make it home on a school night.”

“Tell her the car is broken, Jered can drive you to school tomorrow and you can take the bus from there,” Essie was talking fast and forceful.
”Yay! Sleep over. I guess I’d better call Debbie.”

This entry was posted in California, conversations, Dreamtime, House and home, mindworks, Mythical and mysterious, NaNoWriMo, Of the Road and The River, River of Dreams, Telling Stories and tagged California, fiction, Novel Writing, Orinoco, Santa Cruz, Writing. Bookmark the permalink.