Pieces of a Puzzle

The crisis before us is the culmination of a 500-year global rampage of conquering, plundering, exploiting, and polluting the earth— as well as killing by Europeans and Euro-Americans of the indigenous communities that stood in their way. The technical and scientific forces that created unparalleled luxury and unrivaled military and economic power for a small, global elite are the forces that now doom us. Ceaseless economic expansion and exploitation has become a death sentence. But even as our economic and environmental systems unravel— thirteen of the fourteen warmest years since weather record-keeping began over a century ago have occurred in the opening years of the twenty-first century— we lack the emotional and intellectual creativity to shut down the engine of global capitalism. 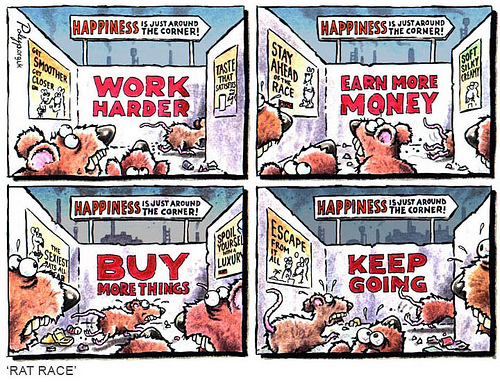 This entry was posted in delusions of progress, make your own world, Other peoples words, thinking in words and tagged Chris Hedges, Rat Race, Thinking in Words, Thought, Virginia Woolf. Bookmark the permalink.