Leave a Little Window Open: a Breeze Will Wake You.

Beginning with memory of childhood in the course of which a panel of false mahogany, situated in front of my head, played the role of the optical provocateur of a vision of half-sleep, and finding myself one rainy evening in a seaside inn, I was struck by the obsession that showed to my excited gaze the floorboards upon which a thousand scrubbings had deepened the grooves. I decided to investigate the symbolism of this obsession and, in order to aid my meditative and hallucinatory faculties, I made from the boards a series of drawings by placing on them, at random, sheets of paper which I took to rub with black lead. In gazing attentively at the drawings thus obtained, “the dark passages and those of gently lighted penumbra,” I was surprised by the sudden intensification of my visionary capacities and by the hallucinatory succession of contradictory images superimposed, one upon the other, with the persistence and rapidity characteristic of amorous memories.

My curiosity awakened and astonished, I began to experiment indifferently and to question, utilizing the same means, all sorts of materials to be found in my visual field: leaves and their veins, the ragged edges of a bit of linen, the brushstrokes of a “modern” painting, the unwound thread from a spool, etc. There my eye discovered human heads, animals, a battle that ended with a kiss (The Bride of the Wind), rocks, the sea and the rain, earthquakes, the sphinx in her stable, the little tables around the earth, the palette of Caesar, false positions, a shawl of frost flowers, the pampas… 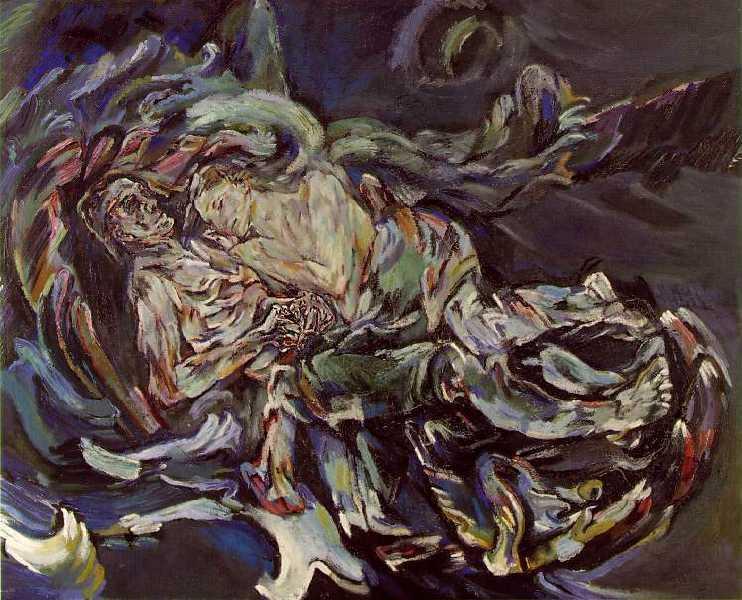 Bride of the Wind (Die Windsbraut) by Max Ernst 1926