Posted on December 4, 2011 by randomyriad

I spent a lot of time last month making up reality, in the form of a world I am creating in my head, pieces of an unfinished novel for NaNoWriMo. I wrote 40,000 words which in their present form of disorganization would make little sense to someone who is not me. After this month of intense putting down of words, I am left with a feeling that the ideas behind all of these words are more real to me than most of the things going on in the world.

It is much the same feeling I get when I go to work at the little school at which I do a few group activities for each week. I go to this almost perfect little world created for these very young and developing people, sing songs and tell stories, laugh and empathize with their worries and joys, and then I leave. In the small world of my novel, which is way too large in scope for my mind to wrap completely around yet, and the preschool things make sense because they are contained in a context that I inhabit. The novel has the context of my ideas; I can pick and choose the ones that fit and the ones that do not. In the preschool, the context is the children and their development into sane, educated human beings. Most of the activities in this environment when I am there make sense to me because I am familiar with the way young children think and learn. Many people not so familiar with that would come in and see chaos. If anybody tried to read the crazy patchwork of my novel in its present form, they would have the same reaction.  I am comfortable with because I understand the underlying context. I can’t, as hard as I try, get a contextual handle on most of what I experience of the world in general. Every time I think I see a trend that makes sense, people do things like use pepper spray and tear gas on peaceful demonstrators or fellow shoppers, or large numbers of people are manipulated into hating people they with whom they should be working on shared problems. I am sure that my actions appear just as puzzling to a lot of people who do not share my point of view. The thoughts that go on in my mind are way out of context for a lot of people. That’s alright with me, but I wish some people could just wake up a little and see that, as human beings, we are more alike than we are different. I am ready to listen to anyone who is not using pepper spray or trying to own the world. 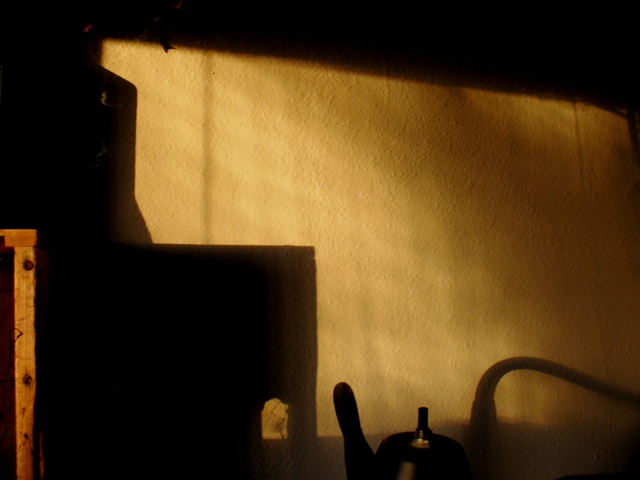 “Who in the rainbow can draw the line where the violet tint ends and the orange tint begins? Distinctly we see the difference of the colors, but where exactly does the one first blendingly enter into the other? So with sanity and insanity?”

“It’s no measure of health to be well adjusted to a profoundly sick society.”

“Life does not consist mainly, or even largely, of facts and happenings. It consists mainly of the storm of thoughts that are forever blowing through one’s mind.”